This makes me think of the old story about the priest whose flock had a higher than average alcohol consumption habit – a problem he could not resolve. He however thought to give it another go during his next sermon and as a demonstration at the beginning had two glasses, one filled with water, the other with wine and he dropped a couple of worms in each. At the end of the sermon he pointed out to the congregation that the worms in the water was still wriggling whereas those in the wine were dead.  Hopefully, he asked the attendees what conclusion could they come to from this and soon an old gentleman in the front row rose to a stand and said ” Yesh, to get rid of worms in ones intestines one should avoid water and drink a lot of wine”

Yesterday was cheese making day and  I discovered that I had no home made distilled water to re generate the frozen starter cultures. Instead I used tap water, with disastrous results. The milk would not even begin to form curds. After a lot of soul searching, I concluded that DCC must have put such a lot of chlorine and whatever other chemicals in the water (after the water contamination scare of last week) that their water obviously killed any bacteria, enzyme and other living matter in my cultures and in the milk. I took half a day and made some distilled water and tried to make cheese again, but now using CLEAN water – eureka!  Perfect cheeses made for the cheese safe!

Needless to say, as always, I am not surprised at the poor state of health of the general population. Agricultural pollution, faulty pipes, and bad government all contribute to polluted drinking water.  I can only imagine what the chemically laden dirty water does to our gut fauna and flora and subsequent health.

ONLY drink council water if you want to get rid of worms – I have already ordered my rainwater tank. 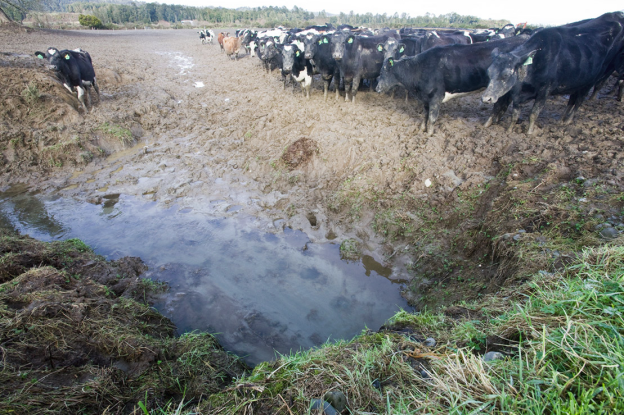