Which of you can claim, as I can, to have landed on Matekane Airport in Lesotho. The runway is 400 meters long and the straight down drop at the end of the runway is 600 meters down a cliff. This was all made a bit more exiting as the pilot, who smelled very heavily of the local fermented maize drink when he arrived three hours late and the co pilot during this time was siphoning some fuel out of a 44 gallon drum with an old hosepipe to fill up the plane. The last straw, after two failed attempts to take off,  was the pilot admitting to the only passenger – me – that he does not fully understand the Russian plane. Never the less, we took off from Maseru and landed “safely” at Matekane. Needless to say, I took a donkey taxi down the mountain back to Maseru – taking all of two days. 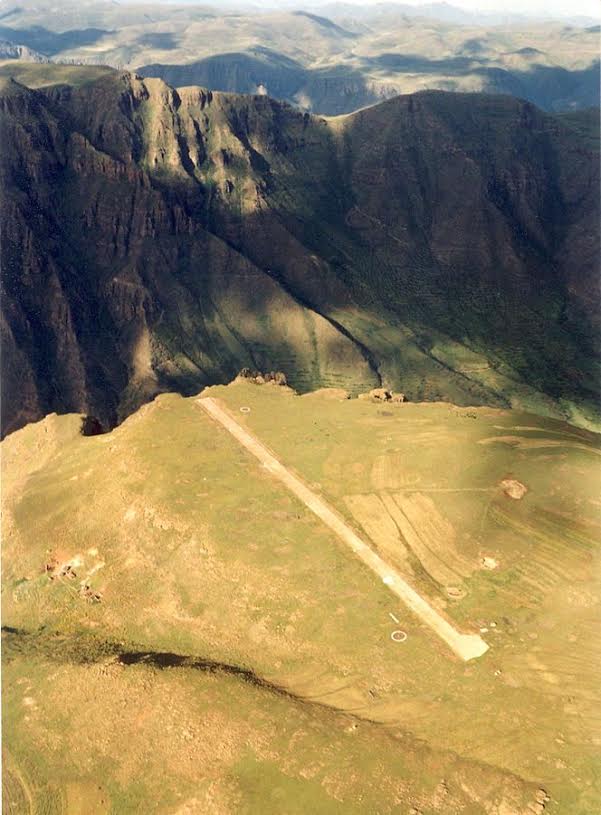